“The federal government is putting health care on course for a crisis,” said CUPE National President Mark Hancock. “Canadians are still waiting for Justin Trudeau to reverse the Harper government’s cuts to health care, and they shouldn’t have to wait any longer.

CUPE is calling on the government to return to a minimum increase of 5.2 per cent per year, to ensure health care funding meets Canadians’ needs and respects the principles of the Canada Health Act.

At the outset of public health care in Canada, the federal government provided half of health funding to the provinces and territories.

Today, it is less than a quarter, and the bilateral agreements negotiated with the provinces and territories in 2017 are on course to deliver a $33.2 billion funding gap by 2026.

“The warning signs are all around us. The federal government is knowingly setting provinces and territories up to fail,” warned CUPE National Secretary-Treasurer Charles Fleury.

From 2006-2016, the CHT increased by 6 per cent annually, but the new CHT formula only guarantees 3 per cent annual increases, which runs in stark contrast to the rates at which health care costs are expected to grow.

The Conference Board of Canada forecasts that costs will grow by 5.2 per cent between 2017-2022, while the Institute of Fiscal Studies and Democracy conservatively forecasts that health care costs will grow by 4.2 per cent from 2022-2036, due to cost pressures from a growing and aging population, real income growth, inflation, and changes in technology and service utilization.

“Health care is one of the most important institutions that Canadians have,” said Hancock. “It’s time for the Trudeau government to start acting like it.”

My role as your President is nearly come to an end. These last 4 years have been incredibly challenging but also most rewarding. I have learned so much from all of you, we have worked together and accomplished great gains and improved relationships that hopefully will help us continue in our future successes. Although as one door closes, many other doors will open for and have opened for me. I am excited to share some of these with you.

Megan Walker from London Abused Women’s Centre (LAWC) has approached me and asked me to consider joining their Board. At this time I am excited to advise you that I have been voted on LAWC’s Board and I look forward to this new opportunity that I am embarking upon with an amazing group of people and agency in our community. This is not only an accomplishment for me but also for our local.

The other amazing thing that has occurred for myself and my partner is that we have become grandparents for the first time, her name is Rylie. My partner Jennifer and I are absolutely thrilled and looking forward to spending time with Rylie and our entire family. This is a role farther reaching than President, I am going to be part of something very special, a new chapter in our lives.

I want to say thanks to all of local 101 and everyone that I have had the opportunity to work with, and whom has helped our local, the Corporation and the Community become a great workplace, City and Union. We are stronger together, we need to all work together in order to continue the advancements we have been able to achieve during the last 4 years with myself as your President. I hope that we can continue to build upon these goals and successes and continue working together for us all.

Thanks for the opportunity to enable me to represent you all, believing that things could be better, trusting in me to attain these things on your behalf. I am a better person because of this experience and opportunity to lead this local. 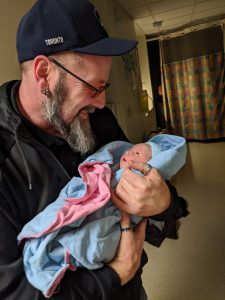 The OMERS Sponsors Corporation voted on a series of changes to its bylaws. We’re providing an update, as we get additional information about the results today’s meeting.

With only a few weeks notice, workers and their Sponsor unions successfully mobilized to protect our right to freely appoint our Representatives to the OMERS SC Board, which makes decisions about critical pension benefits and contribution rates. We also protected our right to remove our Representatives on the OMERS SC Board, a key accountability mechanism to ensuring those we appoint are representative of our member’s interests. This is an important victory for workers and their unions.

The OMERS SC Board, however, has passed significant changes to confidentiality that could negatively impact workers’ and their unions’ right to know critical information about our pension plan. We’re very concerned that our representatives on the OMERS SC Board could now be prevented from sharing crucial information, like more potential governance changes, with us in the future.

There are other changes to the Co-Chair structure, to committee composition, and an introduction of term limits for Sponsors Representatives.

At this point CUPE Ontario still does not have access to actual text of the new bylaws, including these changes. Along with other unions, we’ve made a formal request for these which we expect to receive shortly. We will be fully analyzing all OMERS by-law changes and will share additional updates as we have them.

It is important to reiterate that this entire bylaw review process, coupled with last year’s attempt to decrease benefits to workers by removing guaranteed indexing, leaves us with serious and substantial concerns about OMERS.

Today in support of LAWC, your President wearing purple as well as a Shine the Light Shirt. Let’s all support this great agency and cause, let’s end women’s abuse. 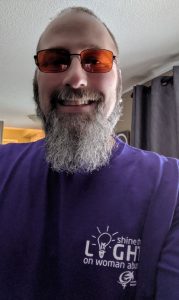 On November 14th, a vote will occur on a series of by-law changes that will fundamentally change the governance of OMERS, weakening the voices of workers and their unions.
Click here to send a message to OMERS: https://cupe.on.ca/stopomerschanges/?utm_source=CUPE+Ontario+E-blast+List&utm_campaign=20da537830-LTC+Townhall+Follow-up_Nov_1_2018_COPY_01&utm_medium=email&utm_term=0_ce0380177e-20da537830-88807773

The Ford Conservatives are trying to pass Bill 124: an act to strip workers of their right to free collective bargaining and force them to accept contracts that don’t keep pace with inflation.

They are using time allocation to try to get the bill based this week. 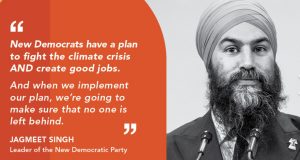